Since the beginning of the school year, my high school co-op class has been talking about taking a trip to Canada’s Wonderland. (In case you’re unfamiliar with Canada’s Wonderland, it’s a super fun amusement park located near Toronto with great roller coasters and rides.) We had been wanting to go for so long, so when my 16th birthday rolled around on August 17th, I thought it would be a great way to celebrate! The plans were made, and last week the 5 of us girls headed to the park where we spent the entire day riding crazy roller coasters, screaming, and smiling. Oh, and laughing. A lot. :)

We arrived at the park just after it had opened, and stayed until it closed – a total of 12 hours. We spent the first 2 hours at the water park doing the slides and shivering from the cold water. (Why we decided to do the water park first thing in the morning will remain a mystery – we were FREEZING! XD) After we dried off and ate some lunch, we got ready for the real deal: roller coasters.

Now, it had been about 2 years since I had ridden a roller coaster, so I wanted to get warmed up with a smaller one first before we did the big stuff. So, the girls and I hit up a ride called Wilde Knight Mares, and it turned out that I was the only one who had ever ridden it before. It’s basically a ride where you stand in a cage within a circle, and it spins around and tilts up to a 90° angle. It’s easier to see than to explain, so I’ve inserted a short video below.

(Yes, the spelling is different on the video because Canada’s Wonderland recently changed the name of the ride – it’s now called “Wilde Knight Mares” because it’s in the Medieval section of the park.) Even though it’s technically not a roller coaster, Knight Mares was a good way to get warmed up to the feeling of flying through the air and hanging on for dear life. (There’s no restraint system on the ride, so you literally just hold on and hope you don’t fall off XD)

Once we got off Knight Mares, we headed straight for Leviathan, which conveniently happened to be a only few steps away.

Now, this was the part of the day that I had been dreading. I loath big drops, and the Leviathan roller coaster is the tallest and fastest roller coaster in the entire country of Canada. Reaching heights of 306 feet, drops at 80 degrees, and a speed of 91 miles per hour, this was definitely the largest roller coaster I’d ever dared to ride.

I was terrified. XD Luckily, I had a friend who was just as scared as I was to keep me company during the 40 minute wait to get on. (You know who you are :P)

When we finally got on the ride and began the ascent towards that massive drop, my friend and I kept saying “why on earth are we doing this?!” XD Luckily, we weren’t in the very front row. Unluckily, when we reached the top, we began to see the cars in front of us start to tip off the edge. For a split second we hovered at top of the peak, holding on for dear life, then suddenly found ourselves flying down the tracks of that drop at top speed.

I thought I was going to die. That first drop was honestly one of the most terrifying moments of my life, other than that time my Mom took me on an indoor roller coaster in the dark when I was 7, but that’s another story for another time. Despite that first huge drop, the Leviathan ended up being my favorite ride, and we ended up riding it 3 times. If you want to see the huge drop I’m talking about, check out the video below!

After conquering the Leviathan, we visited many other roller coasters and rides – too many to count. XD It would take a very long time to go through them all, so I’m only going to talk about our favorites.

This is one of those coasters where there’s no floor, so your feet dangle beneath you with no support. It goes upside down and all around, and it was so. fun. We got super lucky because when we walked up to the ride, there was no line to get on! We hopped right on, zoomed all around, got off and got right back on! We ended up riding Flight Deck 3 times, and we all loved it.

This is another ride with no support under your feet, and after walking all day, it felt so nice to take our shoes off and let our bare feet fly through the air! The Psyclone spins you around while swinging back and forth, as you can see in the video below. This ride was a blast!

Only two of us decided to do this ride because everyone else disliked it XD. (Thanks for doing it with me Jules! <3) On the Time Warp roller coaster, you lay on your stomach instead of sitting down. It hurtles so fast through the air, makes sharp turns, and goes upside down. This was another great coaster that my friend and I really enjoyed! 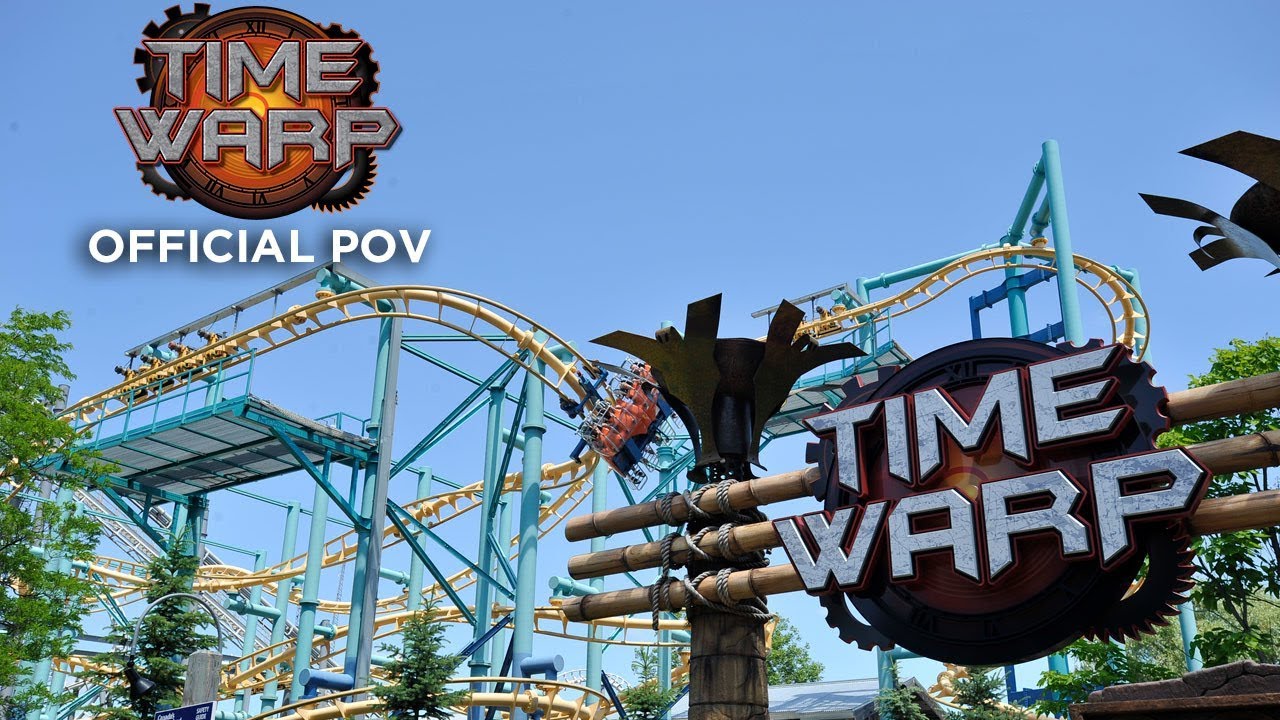 There were so many more rides we rode during our day at Canada’s Wonderland, but those were definitely the ones we enjoyed the most.

After getting some dinner, we decided to go on Leviathan one more time before we left. (We had already been on it twice haha!) Night had fallen by the time we got on, and it was so much fun to ride it in the dark!

After we rode Leviathan, one friend and I headed over to Knight Mares while the others did the Drop Tower.

After riding Knight Mares a few more times as a group, it was time for the park to close. We hit up one last ride before we left, which was called the Spinovator. (It’s basically the spinning tea cup ride but instead of tea cups you sit in barrels haha!) The ride spun at such sharp turns that my barrel-buddy and I were crashing into each other the entire time! XD

That fun ride concluded our amazing day at Canada’s Wonderland!

I hope you enjoyed reading about our fun trip to Canada’s Wonderland, and that you are able to go yourself if you ever get the chance! (I would definitely recommend it! :D)

Thanks for reading, and have a blessed week!