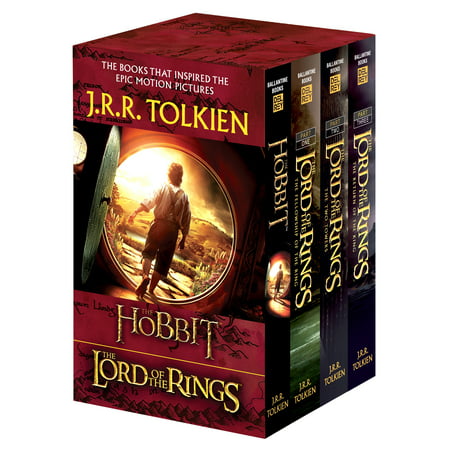 My Mom had been wanting to watch the Lord of the Rings movies for a very long time, and every time she mentioned it, I would respond with something like “But we can’t watch them yet, I haven’t read the books!” (If you have been acquainted with me for any amount of time, you would know that I will not watch a movie before I read the book.) My Mom finally got tired of this answer, and threatened me by essentially saying that if I didn’t have them read by the end of the summer, she would watch the movies anyway whether I liked it or not. And this, my friends, is how I embarked on the almost 4 month long journey of slogging through the Lord of the Rings trilogy by J.R.R. Tolkien. While there were a few things I enjoyed throughout the books, I strongly disliked the series as a whole for several reasons. However, today we are focusing on the positive aspects of the trilogy, because I believe that this 2-part review should start on a high note. So without further ado, here are the things I loved about the Lord of the Rings series.

Frodo Baggins is a quiet little hobbit living a quiet little life in the Shire with his uncle Bilbo (the hobbit from “The Hobbit,” also by J.R.R. Tolkien). But Bilbo is growing older, and decides it is time for him to leave the Shire to live in peace for the rest of his days. When he embarks on his last journey, he leaves in Frodo’s possession a ring – a very powerful ring which he acquired on his fantastic adventures in “The Hobbit.” Frodo and Gandalf the wizard (formally known as Gandalf the Grey) soon discover that this is “the One Ring” – a ring forged by the evil Sauron in the fires of Mount Doom, designed to help him with his terrible plans for the domination of Middle Earth. Gandalf informs Frodo that Sauron is rising to power again, and if he gets his hands on the ring he lost long ago, it would be devastating to everyone. Frodo and Gandalf decide that the only way to keep Sauron from possessing the ring again is to destroy it completely. However, it can only be destroyed in the fires of which it was created. Together, Frodo and a band of 8 other companions set out to venture into the heart of Mordor – Sauron’s realm – in an attempt to throw the ring back into the fires of Mount Doom, where it will be destroyed once and for all. But the ring is slowly beginning to control Frodo, and there are many who covet and seek it and its powers for themselves. Will Frodo be able to successfully complete his quest, despite the insurmountable odds? Thus begins the Lord of the Rings trilogy.

THINGS I LOVED ABOUT THE LORD OF THE RINGS

The Hobbit – Ok, I know we’re talking about the Lord of the Rings, but hear me out. I have been listening to The Hobbit on audio since I was about 7 or 8 years old. I fell in love with this story from a very young age, and I naturally assumed I would love the Lord of the Rings as well, since The Hobbit is essentially part of the set-up/backstory for LotR. Along with many other things, The Hobbit tells the story of how Bilbo Baggins obtained the ring from a nasty creature called Gollum, formerly known as Sméagol. This information is essential to the plot of LotR, and I always loved the scene where Bilbo encounters Gollum for the first time, and gets the ring quite by accident. The rest of The Hobbit is thrilling as well, but I didn’t find near as much joy in reading LotR as I did in The Hobbit.

A Few of the Characters – There are 218 named characters in the Lord of the Rings trilogy, and I only enjoyed reading about a handful of them. The first character I fell in love with was Samwise Gamgee, Frodo’s best and most loyal companion throughout his journey. Sam stuck by Frodo’s side through thick and thin, and was willing to do whatever it took to ensure his health and safety. Sam was also willing to brave incredible dangers and hardships to carry the ring to Mordor alone if that’s what it took to complete Frodo’s task. His character perfectly fits the words of John 15:13 – “Greater love has no one than this: to lay down one’s life for one’s friends.” (NIV) Sam is a perfect example of the love and loyalty that friends should have towards one another, and was willing to go to his death if it meant saving Frodo or completing his quest. In my opinion, Samwise Gamgee is the true hero of the Lord of the Rings trilogy.

The second character I enjoyed reading about might come as a shock to some, as he is one of the primary villains of the story – Gollum. In my opinion, Gollum had the best character development out of everyone in the series, as his backstory was established quite clearly in both The Hobbit and The Fellowship of the Ring (the first book in the LotR trilogy). His desperate and all-consuming desire for the ring was his motivation throughout the entire series, and I could understand the clearly displayed internal struggles his character was facing as a result. Although he was a despicable and disgusting thing, I honestly felt sorry for the creature. While many people will probably disagree with me, I believe that Gollum was one of the best characters of the trilogy, as he had a thorough backstory, clear motivations and struggles, and was essential to the plot and climax.

There were a few other characters I enjoyed in this series, but I won’t go into depth about them. Instead, I’ll just list them off in case you’re curious – Pippin, Merry, Bilbo, Sam’s relationship with Bill the Pony, Legolas and Gimli’s friendship (even though I didn’t prefer them as individual characters, I enjoyed how they grew closer together over the course of the series), and finally, Shadowfax. (And no, it is not a mistake that Aragorn was not included on this list – my apologies.)

The Beginning of The Fellowship of the Ring – I really enjoyed reading the first 100 pages or so of The Fellowship of the Ring, the first book in the trilogy. I thought the story picked up at a fast pace, and I loved the bit at Bilbo’s “eleventy-first birthday party.” XD I thought the conflict was established quite quickly, and the some of the backstory was introduced within about the first 50-60 pages. It was set up to be a really good trilogy, and I enjoyed it until after the part about Tom Bombadil. It was then that the story began to lose it’s grip on me. I don’t know exactly what happened or what changed, but the story somehow began to drag on and on, and I gradually began to lose my interest in it and I became, well, bored.

This is already a pretty long post, so I’ll get into more details next week in Part 2 of this review about what specifically made me dislike the Lord of the Rings so much. Until then, I’ll leave you with one last thing that I liked about this trilogy, and that is the quotes. This series was full of great quotes, so I’ve selected my top 3 favorites for you to enjoy, too.

“All we have to decide is what to do with the time that is given us.” – Gandalf

“Even darkness must pass. A new day will come. And when the sun shines it will shine out the clearer.” – Sam Gamgee

“‘Folk in those stories had lots of chances of turning back only they didn’t.
Because they were holding on to something.’

‘That there’s some good in this world, Mr. Frodo. And it’s worth fighting for.'” – Sam Gamgee and Frodo Baggins